I Was Ashamed And Confused. 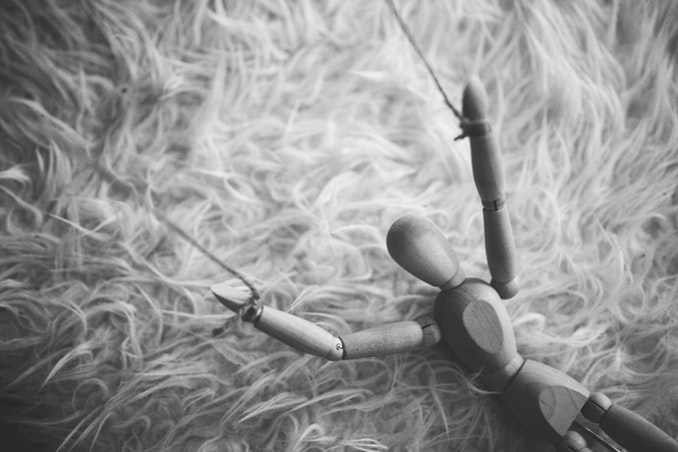 A few weeks ago I shared the story of how I made one crappy decision after another while working with my first co-founder right out of college. These decisions earned me a year and a half of misery until I finally I had enough.

I had an insight about myself as I was recounting this story. I realized that a part of me was terrified of conflict. Whenever I was in conflict with someone that I was close to (both in this story and throughout my life), I remember having an intense psychic pain just outside the edge of my awareness. I couldn’t tolerate it, so I repressed it as best as I could. And when it got too intense to block out, I did whatever I could to get out of it, even if it meant giving up on my own needs and desires. Every time Denis put his foot down, I would act unskillfully and suffer all kinds of consequences as a result. I was trading one kind of pain in the moment for a different, yet so much worse, pain later.

Why would I make such bad bargains? The experience was so confusing. I felt ashamed and regretful every time. I didn’t want to do it and was surprised every time I did after the fact. It’s as if the conflict-averse part of my personality thought I would literally die from the discomfort of it. And whenever this part of me believed I was in extreme danger (which came up often with Denis), it would hijack my seat of consciousness and do whatever it needed to make the pain stop as quickly as possible and leave the mess it left for the rest of me to deal with.

I’m going to give this personality fragment it’s own name, so I could separate it out and more easily talk about the different aspects of my experience. I’m calling it the Paramedic.

As I think about all the times my Paramedic heroically intervened over the last fifteen years, I can’t think of a single time when the danger of conflict was really all that bad. Maybe it was even necessary sometimes. Up until a year ago, I hardly ever had fights with Stacya. Whenever we did get into a fight, I would quickly say I’m sorry even when I wasn’t. If that wasn’t enough, I would promise her anything she needed to hear to make things ok between us again. And then there were countless other times that I prevented fights by proactively apologizing or taking blame unnecessarily. I suspect this was also my Paramedic in action.

I can sense that the Paramedic means well. It really believes it’s keeping me safe from something terrible happening. I have other protectors too, like the Achiever, who keeps love and external affirmation flowing my way through status and impressive acts. There’s the Smoozer who agrees with people and laughs at their jokes so they would like me and I would feel safe in their presence. There are many more, I’m sure.

The problem is that most of my protectors formed when I was very young and struggling with all the things that little kids struggle with. My personality parts adopted strategies that made perfect sense to the person I once was: a little boy who had a limited understanding of the world around him and few resources at his disposal. And to this day they have the maturity level of a child and are incapable of seeing the complex reality of an adult world. When something happens that reminds one of these parts of a difficult situation, it takes over and tries to protect me as if I was still that barely capable child. They overreact by their very nature.

The danger the Paramedic perceives isn’t real. It’s actually a memory of a trauma from my childhood that I never healed from. The trauma itself is another deeply hidden part of my personality, one that never sees the light of day. It’s full of pain and stays exiled to my subconscious. I’ll call this part the Abandoned Boy.

This boy had once, in a fit of rage, hurt a kind little girl. His classmates were disgusted by his senseless violence toward someone so innocent. The word quickly spread and they collectively and viciously ostracized him, even those who once considered him their friend. He was a pariah. For years, the other kids either openly bullied him or kept their distance. He was always alone. He felt sorry for himself and didn’t know what to do. He cried himself to sleep on many nights. The Abandoned Boy’s pain and isolation lasted for years, until little by little, he was hidden away so deeply in my subconscious that his dark sadness never made it to the surface of my awareness anymore. And he had strong protectors like the Paramedic and the Achiever who worked hard to keep him safe, so I would never have to re-live that pain.

I know that as long as I have unprocessed traumas from my childhood, my consciousness will be at risk of being hijacked by one of my protectors in their unskillful attempts to keep me safe. I think this is one definition of defensiveness. Whenever I get defensive (like when I get feedback from my boss), some hurt part of me that I’m not consciously aware of feels threatened, possibly terrified, and a protector feels the need to step in to save the day.

So this is the focus of my inner work these days. I’m trying to notice which of my protectors are coming up for me any given day and try to develop a relationship with them. What do they want? What are they protecting? What is it about the situation that’s bringing them up? In time, I hope to find enough healing for my exiled traumas so my protectors never feel like they need to take me over. I’m looking forward to the day when I can consistently see reality as it is and respond to it with grace and a grounded confidence.

I didn’t just invent the concept of personality fragments. It’s been around for decades and is known as Internal Family Systems. I first learned about it from my coach, Steve March, who also pointed me to a great book on the topic called Self Therapy.