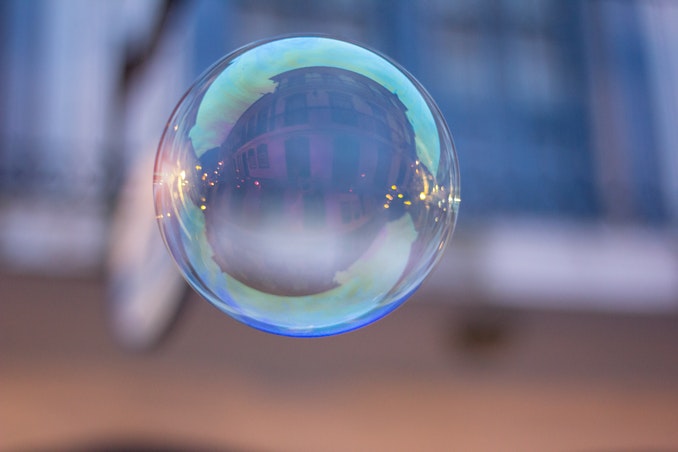 I remember the moment when I decided to quit my job (and career) and move with my family to The Netherlands. It was a weekday night, the girls had just gone to sleep, and Stacya (my wife) and I were having what seemed like a casual chat on the couch. I had had another demoralizing day at work. I can’t remember what happened, maybe it was nothing at all.

It was not long after I started coaching people, not as a manager, but as an “integral coach”. My life finally had a sense of purpose to it! And my day-to-day of building a tech-enabled mortgage product–while constantly feeling like I was being judged as inadequate–felt meaningless by comparison. It was mostly meaningless even without the comparison, but I needed the contrast to notice it and really feel it. I was coming up on my one-year anniversary at the company and the idea of doing it for another year provoked an existential crisis within me.

So while Stacya and I were relaxing and chatting on the couch, we decided we were going to leave the Silicon Valley life behind. An hour later we had booked one-way tickets to Amsterdam.

Over the past two years, I had started to realize that I had been spending most of my life building up a soft, cushiony bubble of safety around me, often through being a high-achiever at school and at work. Getting away from that artificial sense of security was part of my motivation to do inner work. I wanted to feel ok about myself without relying on something from the outside to prop me up. Cutting myself loose from the tech world seemed like the biggest and most obvious step I could take in that direction. I had no idea that it was going to be one of the most painful and uncomfortable experiences of my life. Money, status, social contact–all of my external affirmation–were linked to my job. Leaving my job and not replacing it with another “better” job tore a gaping hole in my bubble and all the pain of the outside world came rushing in.

At least that’s what it felt like at the time. I know now, intellectually at least, that it’s really a sense of deficiency that I felt on the inside and it had little to do with the world around me. But a year ago, I didn’t understand this. Maybe if I did, I could have acted differently.

My sense of safety was built on both money and status. But it was the money that led me to do things I’d later regret. It’s not like I desperately needed more of it. We had significant savings that we theoretically could have lived off for five years comfortably in almost any place other than SF, maybe ten if we were frugal. But life is longer than that and I was finally ready for my freedom. My years of indentured servitude were over, I told myself, and I didn’t want to be beholden to anyone else for my livelihood any longer. I wanted to coach people, to write, to fall in love with coding again, to travel the world. None of those things seemed compatible with holding down another high powered job. Except, I still needed the money that came with it, both to live and to feel safe.

So when I told my boss, Jeff that I was leaving, I also asked for a severance. I convinced myself that since I suffered so much under him, I “deserved” it. Really, I was terrified of having to spend tens of thousands of dollars to live in SF for another couple months without a salary before our big move and I wanted something that would cushion the blow. And, I think I also needed him to acknowledge the pain I went through while working for him. Somehow my internal accountant calculated that six week’s pay was salient enough for both me and Jeff to count as that acknowledgment. I can’t remember now, but I might have actually asked for 2 months expecting him to negotiate.

He said he’d think about it and then a few days later offered me one month’s salary. In retrospect, I’m grateful he offered anything at all. But in that moment I was livid. I took it as yet another insult to my humanity. I imagined he got some advice about what was “fair” to figure out what he could get away with and still maintain a gracious image and that’s the number I was hearing. Through my contempt, I saw him looking at me as some object he needed to dispense with as efficiently as possible and not for a second recognizing the pain I was in. That would require empathy, which my inner critic decided he was deficient in.

At the same time, I had been counting on him to take a mechanistic view of things. I held an important role (head of engineering at a tech startup!) and was well respected by much of the company, particularly the engineers. I was betting that he’d be afraid of the damage I could cause the company if we parted on bad terms. Not that I would, but the possibility was there, in my mind at least. I didn’t say any of this to him, though. I don’t think I even implied it. But boy did I feel it. It’s as if I was trying to telepathically extort more money from him.

So when he came back to me with just one month, I went off on him. Over a phone call, I unloaded my past year of grievances on him in the form of personal insults, mostly about how he treated people like machines and not human beings. I was vicious. I wanted him to experience the kind of suffering that I thought he caused me, as if cosmic justice demanded it.

The experience was surreal. I think my actions shocked both of us. Even as a young boy, I was sensitive to how I might hurt others and tried hard to avoid it. That is, except when that little boy I once was got completely overwhelmed. That’s when every ounce of his overflowing emotional energy would channel out of him as pure rage. He would attack anyone and anything in close proximity. It didn’t matter much if it was a person or a wall. I had immense shame about this for years and by the time I was in middle school I had learned to repress my anger (any incidentally, all my other emotions). But every now and then, when I was particularly fatigued and overstressed, my defenses would get weakened and I risked getting overwhelmed again.

My raging on Jeff was like the perfect storm. I started off the day with a bad stomach flu and had made several trips to the toilet. I couldn’t eat and was downing electrolytes to try to stay functional. I was physically and mentally weak and my usual powers of repression were barely there. I wasn’t able to block out uncomfortable feelings and thoughts like I usually could. I was in a lot of discomfort and at the same time had little tolerance for it. But it’s not like the illness “made me do it”. I had just made the decision to leave the corporate world a week earlier and my sudden loss of safety was hard to handle even on a good day.

At this point in our relationship, any interaction I had with Jeff was an anxiety-provoking trigger for me. With so much going on for me, I’m not sure I could have stayed grounded even through a normal work-related conversation with him, let alone a phone call where I was so attached to a particular outcome while holding so few of the cards to make it happen. I’ve learned a lot about myself in the year since that call. I’m not surprised I lost it and blew up violently like I did.

Jeff, if you’re reading this, I’m sorry. I imagine you were in pain and discomfort after that difficult day. No one deserves to be emotionally dumped on like I dumped on you. You were not responsible for my emotional state. You were not responsible for how I felt in reaction to any of the conversations we had in the year that we worked together. My feelings were my own and it was on me to change what I could if I didn’t like them.

Growth comes at a cost

As I’ve done more inner work and slowly peeled back my decades of repression, I’ve had a lot more experiences like these. It’s as if I’m that temperamental 9 year-old all over again, desperately seeking love and approval in those moments when I feel worthless myself. So many times in the past year I’ve lashed out at Stacya during a difficult moment between us when I thought she was judging me instead of giving me the affirmation I needed to feel ok. I’m grateful that both her and my commitment to our relationship has stayed unconditional through some of the more difficult days.

Over the past year and a half, I often felt like all of my self-exploration and opening up had brought me more pain than comfort. But at the same time I think I’m more honest and grounded than I’ve ever been in my life. I’m more in touch with myself, but that comes at the price of intensely feeling certain painful beliefs about myself. Beliefs that aren’t true. A big one is that I don’t have intrinsic value in the world and that I am not worthy of love–that I must constantly do things like produce “good work” or care for my family in order to have value in the world.

I’ve read and been told that all human beings have intrinsic value, and on a good day, I believe it. But not always. Thankfully, after so many blowups, I think I’m turning a corner. I’ve gotten better at self-care (eating well, sleeping well, and exercising), which helps me maintain my resiliency. And when I’m not feeling well, I’m usually very aware of it now. I’m able to consciously notice when I’m feeling triggered and slipping into harsh judgment of myself or others. The awareness gives me the chance to take a step back rather than escalating things or getting overwhelmed and having to impulsively vent everything out.

I still have a long way to go, but I no longer feel deep discomfort about money or status. More and more the world feels like an inherently safe place and I don’t have to “do things” to deserve my place in it. More and more I appreciate what I have rather than constantly having to work towards the next bigger and better thing. Now, most days are good days and I am in touch with my internal well of value and love and there’s no need to fight to earn those things from the outside.